Sometimes the biggest challenge to installing a new Granite Cloud Phone System is getting the right kind of wires to the places we need them. Last week we were faced with just such a challenge. Our customer had moved into a large building that formerly was a chemical manufacturer. While the space suited their new operation well, the previous tenant had done very little data wiring and what was there looked much like the wiring in the picture.

To make matters worse, the only wired internet access available at their location (without spending a fortune) was DSL service and, due to being at its extreme range, this was very slow. Our speed tests showed less than 2.5MB download and less than 1 MB up. We couldn't add more load to an already sketchy service.

We had to get creative...

One nice quality of Cloud Phone Service is that it uses relatively little data. A gigabit will support approx 36 hours of voice conversation. For our customer we needed reliable internet service with low latency and loss, but not necessarily a lot of data. This we supplied with Granite's Verizon CradlePoint Internet service. Wireless internet to the rescue.

To be honest, I was a little concerned that between the wireless internet and the wireless LAN there might be voice quality challenges. Once we got everything linked up and programmed, we were psyched to find that the sound quality was superb. The system work flawlessly.

Now our new customer has the best Cloud Phone System available today. By the end of the day staff was using the Mobile app and receiving their voice messages in their e-mail inboxes. We even set up the owner with a phone for his Florida home.

What are Granite Cloud SIP trunks?

According to Wikipedia, SIP trunking is a voice over Internet Protocol (VoIP) technology and streaming media service based on the Session Initiation Protocol (SIP) by which Internet telephony service providers deliver telephone services to customers...

Here's my definition - A SIP trunk is a pipe that connects you and your office staff to the public telephone network and allows telephone calls to be made and received to and from anywhere in the world. "SIP" is a set of standards to which equipment makers and services providers must comply.

I asked my very talented tech, Ryan, to create a diagram for SIP, and this is what he produced:

So, now that we know what SIP trunks are (thanks Ryan) why would a company want SIP Trunk Service?

The benefits of SIP trunks can be broken down into three categories: survivability, flexibility, and cost savings.

1) Survivability: Granite Cloud SIP phone service runs over the Internet. As long as you have an Internet connection, your phone service will work. Many companies are so dependent on the Internet for business services that they set up a backup to their primary Internet with an alternative provider. If one goes down, the other takes over. All services, including your SIP phone service, fail over. Granite frequently installs a cellular internet backup service so that if for some reason your wired connection fails (a tree falls on the lines) you still have phone and Internet service. Cellular backup is surprisingly affordable.

2) Flexibility: Granite Cloud SIP service supports all of the business functions on high end carrier services that may not be available with traditional telephone service. In addition to caller ID, the service supports direct lines (DID) and auto fail over (DTO). Granite Cloud Telephone service has a customer web portal where you can look at call history detail and usage stats as well as search for phone calls. We can provide phone numbers from anywhere in the US and you can take these numbers with you if you move. We can combine SIP service with Cloud Extensions to support remote workers even if your legacy phone system will not support remote IP phones.

3) Cost Savings: In many cases SIP trunks provide hard dollar savings over traditional phone service. According to a study by tech.co, the average savings SMB companies realize by switching to SIP is 40%. With standard phone lines costing anywhere from $30 to $50 per line per month, and digital services such as  PRI running $500+ per month, Granite Cloud Phone Services can provide substantial cost savings. SIP trunking leverages your existing Internet service and reduces or eliminates traditional telephone services.

Gartner Research Group predicts that by next year, 50% of all business lines will be SIP.

We salesfolks get a pretty good idea what trends are evolving from our meetings with business and technology leaders every day. Today, most people I meet are evaluating VoIP or cloud phone service. Cloud phone service certainly offers many benefits, and can be good way to lower costs, and increase flexibility, but it does not come without pitfalls. The following checklist can help guide your evaluation:

1) Is there a real cost savings? On paper, the switch to VoIP phone sevice may look attractive. The actual cost may be vastly understated. Make sure the money evaluation includes the all the components such as:


2) What is your tolerance for downtime and dropped calls? Unlike dedicated services like analog phone lines or digital T1's, VoIP that has been delivered over your internet circuit is subject to all the variances of internet services. Events such as denial of service attacks, viruses, or regional disturbances can take your service down. Most internet service is delivered by "best effort" level of service without specific service level agreements. If the outage is regional, you will be returned to service when they can get to you. You should consider the risk of potentially less reliable services vs. the savings. 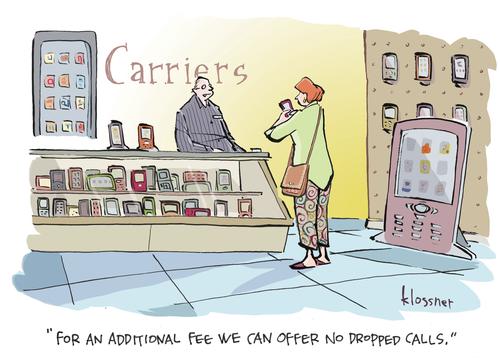 4) Is the cutover disruption worth the saving? It often seems that nothing in telecom is ever smooth or easy. Although number portability is the law of the land, there are still many circumstances where keeping your numbers is difficult if not impossible. I have witnessed cutovers that take 5 minutes, and some that take 5 days. Once initiated, it's almost impossible to turn back. You should have a plan for the conversion, and a stand by plan of it goes poorly. Will the saving and increased flexibility outweigh the hassle of converting systems?

Cloud Phone Service is here to stay and can be a valuable busienss tool and great way to lower costs. However, the decision to adopt VoIP should include doing the same due dilligence that any other critical business decision requires. If you'd like to chat about VoIP or have any questions, please:

This has come up several times over the past few weeks. We run into hosted providers telling our customers that they can provide telephone service over their existing internet connections. While there are many good hosted phone providers, there are many who are using price as their lead and making bad suggestions.

This is an article I copied from Netequalizer (no author given) dated August 29, 2010 which does a good job answering the question: Can voice traffic over open internet provide toll quality voice?

QoS Over The Internet – Is it possible? Five Must-Know Facts— I had an inquiry from a potential customer yesterday asking if we could monitor their QoS. I was a bit miffed as to what to tell them. At first, the question struck me as if they’d asked if we can monitor electrons on their power grid. In other words, it was a legitimate question in a sense, but of what use would it be to monitor QoS? I then asked him why he had implemented QoS in the first place. How did he know he needed it? After inquiring a bit deeper, I also found out this customer was using extensive VPNs to remote offices over DSL internet circuits. His WAN traffic from the remote offices was sharing links with regular Internet data traffic, and all of it was traversing the public Internet. Then it hit me – he did not realize his QoS mechanisms were useless outside of his internal network. Where there is one customer with confusion there are usually others. Hence, I’ve put together a quick fact sheet on QoS over an internet link. Below, you’ll find five quick facts that should help clarify QoS and answer the primary question of it’s possible over the Internet.

Fact #1 If your QoS mechanism involves modifying packets with special instructions (ToS bits) on how it should be treated, it will only work on links where you control both ends of the circuit and everything in between.

Fact #2 Most Internet congestion is caused by incoming traffic. For data originating at your facility, you can certainly have your local router give priority to it on its way out, but you can’t set QoS bits on traffic coming into your network (We assume from a third party). Regulating outgoing traffic with ToS bits will not have any effect on incoming traffic.

Fact #3 Your public Internet provider will not treat ToS bits with any form of priority (The exception would be a contracted MPLS type network). Yes, they could, but if they did then everybody would game the system to get an advantage and they would not have much meaning anyway.

Fact #4 The next two facts address our initial question — Is QoS over the Internet possible? The answer is, yes, QoS on an Internet link is possible. We have spent the better part of seven years practicing this art form and it is not rocket science, but it does require a philosophical shift in thinking to get your arms around. We call it “equalizing,” or behavior-based shaping, and it involves monitoring incoming and outgoing streams on your Internet link. Priority or QoS is nothing more than favoring one stream’s packets over another stream’s. You can accomplish priority QoS on incoming streams by queuing (slowing down) one stream over another without relying on ToS bits.

Fact #5 Surprisingly, behavior-based methods can provide some level of QoS for VoIP on the public Internet. Although you can’t tell the Internet to send your VoIP packets faster, most people don’t realize the problem with congested VoIP is due to the fact that their VoIP packets are getting crowded out by large downloads. Often, the offending downloads are initiated by their own employees or users. A good behavior-based shaper will be able to favor VoIP streams over less essential data streams without any reliance on the sending party adhering to a QoS scheme.

So, if you are speaking with a service provider and they are suggesting VoIP service, copy this article and ask what approach they are taking to make sure your calls are clear. It could save much pain.

Since 1996 Granite has been helping our customers compete and win with communications tools that enhance productivity, improve customer service, and lower costs.